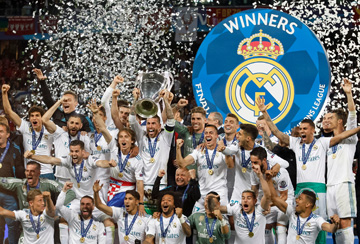 Money Moving In on MadridLa Liga champions Real Madrid proved themselves as the comeback kings of the Champions League this season. They stunningly overturned a last-minute, two-goal deficit in the second leg of the semifinal vs. Manchester City. In one of the most enthralling matches in the tournament’s history, striker Karim Benzema scored the winning penalty to clinch Real’s first UCL final since 2018.Now, the 90-minute odds are gradually moving in Real Madrid’s favor — opening at +275, Real dropped in price to +250. (Another extra-time thriller is viewed as slightly less likely at +270.)Los Blancos have one of the winningest managers in Champions League history, Carlo Ancelotti. His side have been on cruise control since clinching La Liga with four games to spare. Currently, Madrid’s entire starting eleven is available for selection.

Fatigue, Injuries Cause Line MovementsLiverpool opened at -105, but have been expending energy in search of an unprecedented quadruple trophy haul. Liverpool’s boisterous German manager, Jürgen Klopp, has constantly rotated his squad while juggling multiple concurrent competitions.On the other hand, Madrid should have fresh legs, and analysts at the sports-betting website PointSpreads.com suggest that is why money backing Madrid has flooded in, moving Liverpool down to their current +105 winning odds.Liverpool won the FA Cup final last weekend — a penalty shootout victory over Chelsea — but their second trophy of the season came with a cost. Leading scorer Mohamed Salah and key center back Virgil van Dijk left early with injuries.

Ballon d’Or Contenders on Both SidesReal Madrid’s Benzema, the imminent La Liga golden boot winner, will undoubtedly be on the shortlist for the prestigious Ballon d’Or. Liverpool’s Salah and Sadio Mane have also played themselves into the conversation and Salah is the Premier League’s joint-leading scorer. With no shortage of world class talent on display, bettors responded by taking the over.Despite over 2? goals sitting at -135 odds, the last three Champions League finals finished with two or fewer goals.

(NewsUSA) – When travelers to North Texas hang their hat in Plano, they enjoy prime access to all of the Dallas-Fort Worth area’s cultural, sporting and entertainment offerings. But this dynamic city is also a destination in its own right, one that blends cosmopolitan flair with vintage charm for the perfect weekend getaway.Here are the […]

(NewsUSA) – Sending the kids to college means letting go, but it doesn’t mean disconnecting, especially when it comes to safety.Newly minted college students may think they are invincible, but approximately 4 million young adults arrive in emergency rooms each year because of car accidents, sexual assaults, medical illness, accidental injuries, alcohol poisonings and drug […]

(NewsUSA) -People make New Year’s resolutions to create positive change, from finances to fitness to focus. This year, consider a resolution that could save your life: listen to your heart.In the United States, more than 650,000 people die each year from heart disease, which has been the leading cause of death for decades. Many heart […]