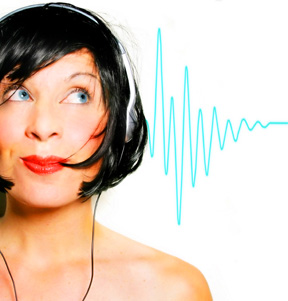 (NewsUSA) – When it comes to storing digital music files, people are often confronted with the dilemma of choosing which type of operating platform to use. In many cases, people find themselves stuck in the "i-opoly" — the monopoly-style hold of Apple’s iTunes on digital music — of the digital-media world. Worse yet, users find that their digital music use is limited to certain devices based on their operating systems.Well, this no longer has to be the case.The "cloud" movement has opened a new door to the world of digital music. Having the ability to store your digital files in one central "virtual" location was the first step. The second step: accessing and playing those files from various devices across different operating systems — according to a recent article in the Wall Street Journal, about 73 percent of iPad owners have another type of mobile phone other than an iPhone. One company, MyMusicCloud, may be the first to accomplish this feat."MyMusicCloud extends the simplicity of enjoying your treasured music collection stored on Dropbox by allowing you to hear it anywhere you go on any mobile device, tablet or PC," says Tamir Koch, CEO for TriPlay. "Additionally, MyMusicCloud provides an incredible user experience via a music player interface displaying users’ playlists, albums, artists and tracks."Other cloud music services, like those from Apple, Amazon, Google and others, suggest the potential for making streaming digital music to mobile gadgets an everyday tool. However, they frequently don’t cooperate across different devices and operating systems. Another problem is that without a signal, service is lost. On the contrary, with MyMusicCloud, users get an interface that not only plays nicely across the various operating systems but also has the capability to keep on playing without a connection to the Internet. Better yet, users can press pause on one device, then continue listening where they left off on another device. And those dreaded Blackberry compatability problems are now gone."BlackBerry users should be able to simply enjoy their music collections on their devices of choice without having to be concerned with the technical complexity associated with getting those devices to talk with each other," says Koch.To learn more about the free MyMusicCloud service, visit www.mymusiccloud.com.
Source: NewsUSA Computers

Maybe It's Time to Switch to a Waterproof Smartphone

(NewsUSA) – Let’s take a poll: have you ever dropped your cell phone in the toilet? Perhaps it was a sink full of dishes, a bowl of soup or a puddle. Either way, you’ve probably done it, and you’re not alone. A study by TNS Global Research says more than 82.5 million mobile phones have […]

(NewsUSA) – Banking has never been easier -; you’re now able to check balances and transfer money directly from a computer, or even a smartphone. However, despite precautions taken by your financial institution, online banking can be very dangerous. Cybercriminals create very sophisticated and threatening malware to target banking information for one simple reason: It’s […]

How to Protect Yourself From Cyber Attacks

(NewsUSA) – When business giants Target, Home Depot and Sony got hacked, and personal information was compromised, data security, once again, became a hot topic and household word. Sure, you know you need to do more to shield your identity, but let’s face it, you can only do so much to protect yourself, and even […]